The Man Who Changed My Life

I propose to you the option of love, which is the opposite of escape. Pope St. John Paul the Great

It was 2004, and the summer before my freshman year of high school.

Earlier that year - thanks to Confirmation preparation, a priest who wasn't afraid to tell us about Christ, and a long story that could be its own blog post - I had become fascinated by and drawn into the Church. I knew next to nothing, but had spent the better part of that year eagerly soaking up anything I could find that would teach me about God, the Church, prayer... Googling what an apparition was and secretly reading this little book on how to pray the Rosary, memorizing beautiful prayers I found like the Anima Christi, going to Adoration even though I had zero idea what the Thing on the altar was, and of course trying the old "read-the-Bible-cover-to-cover" trick (kudos to anyone who has actually managed to complete that task at some point in their life... I did not).

The Holy Spirit had me in his net, as CS Lewis would say, and I was being drawn in.

But back to the summer.

We were on a pilgrimage through Europe, starting in Fatima, Portugal, traveling through Spain, and then on to Lourdes, France. I loved Fatima, and it was there that I most strongly felt the presence and love of Mary. I can't fully explain it, and I've never felt it as strongly since; but even if I never do again, and though I'm not one of those people with deep devotion to the Blessed Mother (I wish I were), that experience was strong and real enough to assure me, probably for the rest of my life, of her help and love for me.

The rest of the pilgrimage was, of course, amazing (it was Europe, and I was 13!), and a ton of fun. After a day trip to Assisi, we were finishing up the trip in Rome, where we were going to have an audience with the Pope. Now, I had pretty much zero concept of the Pope. I had heard the name of Pope John Paul II, mostly in preparation for this trip, but I knew surprisingly little about him for all my Church-fact Googling. I was excited, because it was all part of the trip, but I was also 13 years old, so meeting an old guy was not necessarily what I anticipated being the highlight of my time in Rome.

Unfortunately, due to the, erm, cultural differences between Italians and Americans, there was some confusion between the taxi driver and whoever went to pick up our tickets for the private audience, so meeting the Pope personally wasn't in the cards for us. (To be honest, I'm far more bummed about that now than I was then. Back then, I was actually kind of glad because I thought it was going to be kind of boring.) But we had front row seats for the General Audience, and we headed to St. Peter's Square in the dead heat of a Roman July to see the Pope.

And now, the point of this blog post. I can't explain in very clear words what happened that day, but just the sight of Pope John Paul II changed my life.

It was the last summer of his life, only about 9 months before he would die; he was feeble, sickly, and weighed down by Parkinson's disease and years of giving himself to the last drop. But as he rode through the crowd in the Popemobile, and as I watched him up on the platform, it was like my heart was going to burst through my chest with the realization that this man had found the key to life - and there was something beyond myself that I had to live for.

His face was like a light - he was old and decrepit but there was something else to his eyes that I could see even from far away and even through his disease. It was like they transmitted hope to me - and it welled up inside of me, and I knew that there was a God, there was a Heaven, that this was Truth, and that God was Love. This man knew the answers to all of my questions, and I wanted what he had found - and I wanted every last drop of it that I could get.

When they announced certain groups that were present in the audience that day, our group was among those announced. "Pilgrims from Transfiguration Youth Group, in the United States of America." We cheered. At the sound of a group of young people, he used what seemed like every ounce of strength he had to lift his head, smile, and lift his shaking hand in a wave towards our group. It was so simple - it was just a wave - but it struck me so much that I remember the image vividly in my mind even now, 11 years later. Now, with several more years of theological vocabulary under my belt, I would say that I was struck by his sacrificial love; it was a small gesture, but it required colossal effort and maybe even pain on his part, but he did it - for us. So we would know he loved us. So we would know Christ loved us.

I think it must have been my first real encounter with joy that day - not just happiness, but true joy - and I remember crying just because I was so overwhelmed by it all. From that day forward there was no going back for me, and thus went the story of my real beginning on this wild ride of a Christian life.

Saint John Paul the Great changed my life. His presence drew people to Christ, and I saw in him the unfailing and transformative love of God. I love to read his homilies and messages, and I know now that he was a man of deep theology. But in moments of darkness and confusion I still return to that day in my mind and the light in his eyes and the hope in my heart when I saw him, and the memory of that experience stops the vertigo and centers me; to this day, it still brings me confident assurance, more than any academic theology, that there is a God, there is a Heaven, this is Truth, and God is Love.

He chose the option of love, always; and as I experience more of life, I realize more and more how painful that can sometimes turn out to be, and how tempting is the option of escape. But remembering that day, I still want what he had - and I still want every drop of it that I can get, whatever that's going to mean for me. I hope, with his prayers, to be able to be even a fraction of that light to others in the time I'm given on this earth. 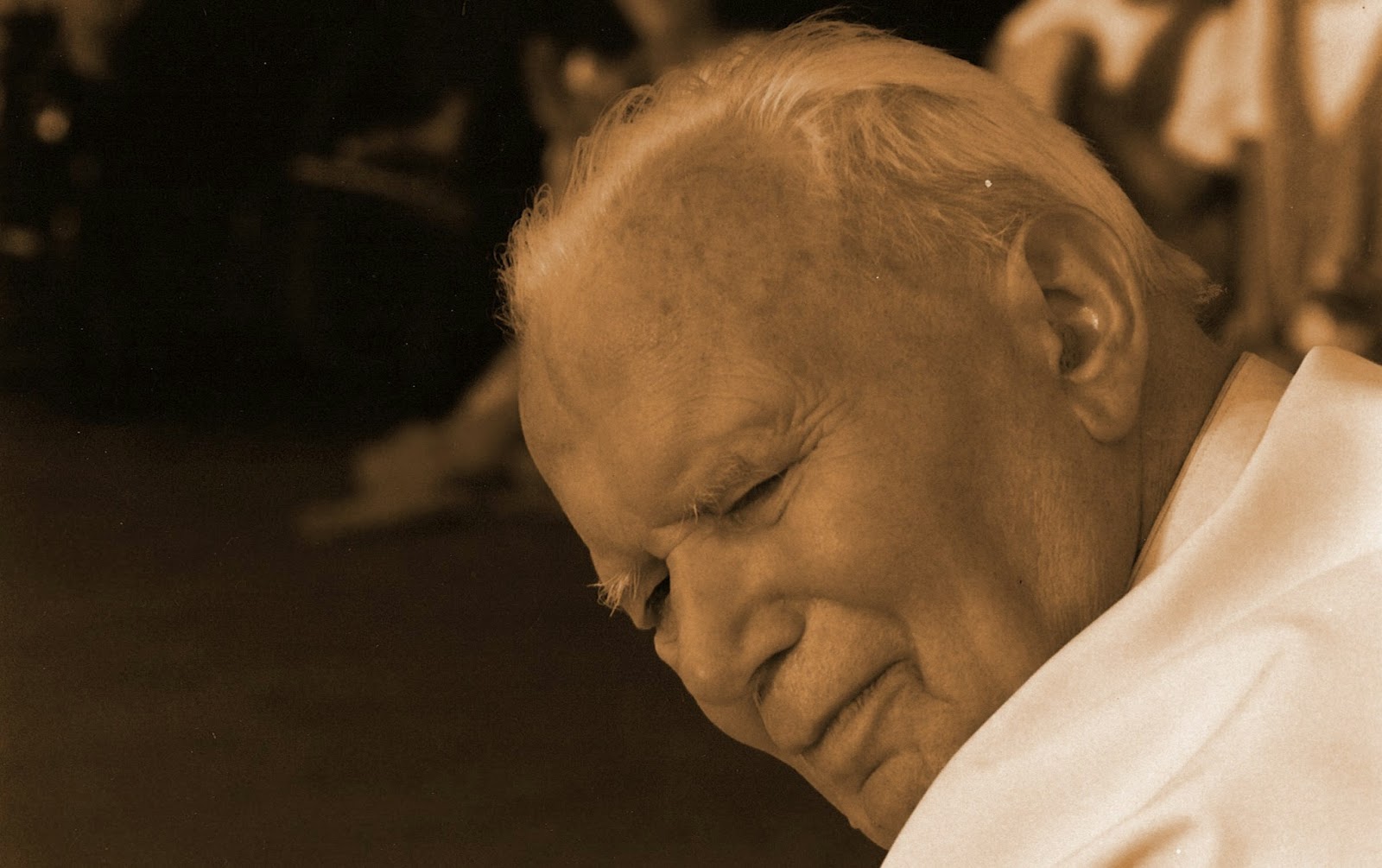